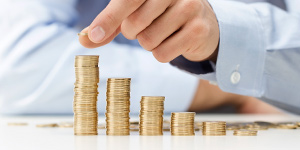 The Issue: Until 2002, City Council deliberated and approved the Operating Budget every year. After that date, Council moved to a 3 year budget cycle, which permits department managers some flexibility in budgeting and program planning. However, with the Province declaring that local elections will now occur every four years, the City Manager has suggested that the Operating Budget also be deliberated and approved every 4 years.

My Belief: I believe that the budget is the Constitution of any municipal government. City Council ought to review the Operating Budget and reflect upon it in current economic conditions, at regular short-term intervals. The economy and markets change quickly, so 4 years is too long for City Council to be approving and – in essence – ignoring the daily costs of running your City.

A Solution: The City Manager would present the Operating Budget to Council for its consideration and approval every two years: approximately one year following the general municipal election and again two years later. This permits each Council two opportunities to review and approve the budget, during its term. In the meantime, departments can continue to plan in four year cycles – allowing them the longer term strategies – but with the understanding that Council can and will re-evaluate Corporate priorities every two years.

What’s in it for you? Deliberating and approving the Operating Budget every two years will give Council greater experience and insight into City finances, providing you with greater accountability and input into the process.