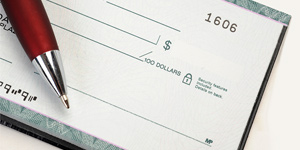 The Issue: Under the Municipal Government Act, City Council has the right to increase its own salary. However, just because we have the right to do it doesn’t mean it’s the right thing to do. Most residents don’t get to unilaterally increase their salary. Should City Council?

My Belief: I believe that while Council can exercise it’s right to increase the remuneration for the work of City Councillors, any increase should not commence until after the following municipal election.

A Solution: I had attempted to amend the remuneration resolution at City Council, rewording it so that the increase would come into effect on November 1st, 2013 (i.e. after this October’s municipal election). My amendment was defeated 7-2 (Councillor Mauro being the only other to support the amendment). If elected, I will present a motion to amend Council’s policy on remuneration so that all future pay increases commence on November 1st in the year of a general municipal election (i.e. after the general municipal election).

What’s in it for you? You will be represented by a City Council that reflects your belief that people ought to be paid fairly for the work they do, but – like you – they cannot arbitrarily increase their salary.