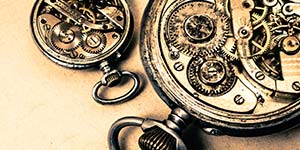 The Issue: Do you know which Member of City Council is accountable to you? Do you know who is responsible for you, your neighbourhood and you passions or concerns? In theory, it’s all Members of Council. However, under our current ‘at-large’ electoral system*, no Member of Council has to respond to your issue, to your enquiry or to your needs. The reason is that if a Councillor chooses not to respond to you, s/he can still garner votes from other neighbourhoods and parts of the City. Under our current electoral system, Members of Council can easily ignore individuals, groups, neighbourhoods and entire ‘sides’ of the City.

My Belief: I believe that the best way to make City Council responsive, responsible and accountable to you is through a strengthened relationship between a Councillor and residents.

A Solution: Moving to a ward** or hybrid*** electoral system is the best way to make City Council accountable and responsive to you and to our community. However, elected officials - in this case, City Council - should never ever establish the rules for voting! I believe that any consideration of change in our current electoral system has to be driven by our residents. As such, I propose that the City of Lethbridge support the establishment of a Citizen Assembly (similar to those used in BC and Ontario), whose singular purpose is to examine Lethbridge’s current municipal electoral system. If the Assembly determines that changes are required, they will make their recommendation(s) for change through a binding referendum included in the earliest general municipal election.

What’s in it for you? Electing councilors by ‘sides’ or ‘districts’ creates an immediate resident – Councillor relationship of accountability and responsibility. It clearly identifies which member of Council is responsible for your district and who is accountable to you and your neighbourhood on the issues and passions you share.

**Ward election: A municipal electoral system in which the municipality is divided into (relatively) equal voting districts, known as “wards.” In this system, eligible voters cast ballots only for the council candidates within their home ward.

***Hybrid election: A municipal electoral system that combines a ward and at-large system. In a hybrid election, each eligible voter will cast a ballot for a ward councillor (their home ward) and for an at-large councillor (municipal-wide representation).